The Kent Hotel at 12th & Collins Avenue looked more like a college dorm than a hotel this month as it played host to the models and staff of the 1994 "Men of Ohio State Calendar."

Photographer Sean Askbrook developed the calendar idea five years ago while a student at OSU. He produced both male and female versions of the calendar until last year when he sold the rights to the "Women of Ohio State" following a dispute on the Midwestern college campus as the "suitability" of near-nude pin-up type photos of female students featured in that year's edition.

Past editions of the calendar have been shot on location in St. Petersburg and Key West. Kent hotel manager Jon Sleeper hopes the Big Ten group will return to South Beach next year, and said, Not only is it great publicity for this area, but these were the nicest, best behaved group we've had stay at the Kent in a long time.

Sleeper and Kent and Le Loft owner Xandra Vatel had a welcoming cook-out in the side-yard garden of the Kent, and that's where these photos were taken. 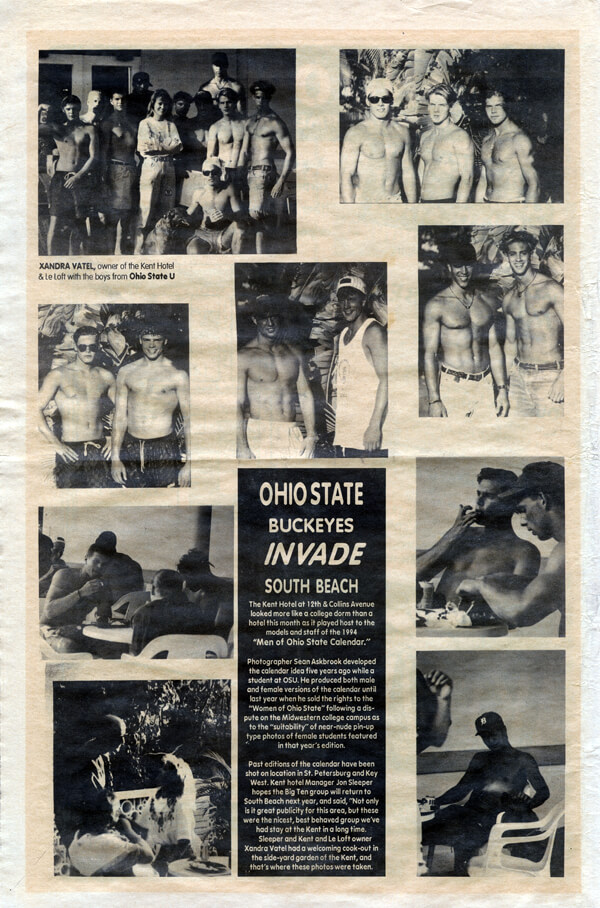